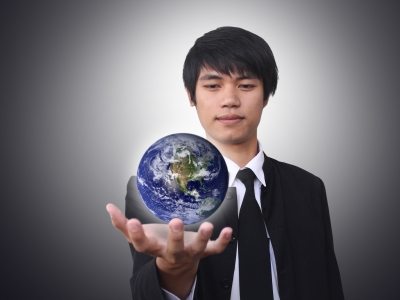 We often tell our clients “emotions are contagious”.  We see that as some members of an organization begin to “assume positive intent” and focus on increasing two-way dialogue, this mindset spreads through the organization.  We know that as teams and organizations adopt an “open-minded” perspective and focus on giving empathy, real change can happen with real results.

We are committed to supporting individuals, teams and organizations in adapting an open-minded perspective, listening and finding common ground and shared agreements.

We envision an “open-minded” movement.  We don’t have to have a march, but we can! We invite you to help us to talk about the importance of an “open-minded” perspective and to look for opportunities to share tools and to provide support for these conversations.  Most importantly, you can model being open-minded.  We can create positive change one person, one team, one organization and one community at a time.

Research supports that mindsets and behavior are contagious.  Emotional contagion is supported by research.

Sigal G. Barsade, Ph.D., now at the Wharton School at the University of Pennsylvania, conducted a study in 2002 where he separated 94 business students into small groups, each with the same simulated task of allocating employee bonuses. Barsade secretly had one student in each group to act out a different emotion: enthusiasm, hostility, serenity, or depression. When the plant was enthusiastic, he smiled often, looked intently into people’s eyes, and spoke rapidly. When he feigned depression, he spoke slowly, avoided eye contact, and slouched in his seat.

Barsade measured participants’ moods before and after the exercise and found that students who adopted the actor’s positive emotions were perceived by others and by themselves as more competent and cooperative. The positive groups also believed they were more collegial than those in the bad-mood groups. Participants didn’t realize they were being influenced by others’ emotions.

Researchers at the University of Michigan found that when business leaders were in a good mood, members of their work group experienced more positive and fewer negative moods. The groups with a positive leader were more coordinated and expended less energy on tasks than the more negative leaders.

Nicholas Christakis from Harvard and James Fowler at the University of California studied the data from the Framingham Heart Study.  This study has tracked over 12,000 residents of Framingham, Massachusetts for over 30 years. The study began in 1948 with 5,200 participants and added new participants in 1971 and 2002.  Members of the study have shared details about their health and behaviors and relationships with others in the study.

We all have had the experience of entering a room where people are having fun and the spirit is contagious and we join in; we have also experienced the opposite—where our energy drops when people are down or judgmental.   This experience of emotional contagion has been well documented.  Brain researchers have shown that we each have mirror neurons which allow us to quickly identify how others are feeling, thinking and behaving. Social Psychology has long shown that we are influenced by social proof—meaning we tend to follow the behaviors of others who we respect.

We encourage you to join us in creating a positive energy toward being open-minded. You can model being open-minded and listening yourself as well as talk with your friends and teammates about this goal.  We encourage you to share the concepts in the book Open-minded Conversations.  You can practice having open-minded conversations with others to prepare for more challenging interactions.  You can model assuming positive intent and noticing your judgments and inquiring to learn more about other perspectives.

We invite you to share your experiences, successes and challenges on our blog—OASIS Conversations.

We hope to partner with others to share this message and will share with you what we learn and offer you support for this endeavor.

We believe that having an open-mind and actively focusing on checking our assumptions and suspending judgment, working to listen and understand others can make a huge difference.

Thank you for your part in making a difference in our world and ideally making life better for all.