Most of the leaders I coach are focused on how they can influence others. How do they ensure team members are committed to a shared vision and strategy? However, equally important is that leaders be open to being influenced.

People sense when a leader, a colleague or a parent has a fixed point of view. Often people say they see no use in trying to change the person’s view. Important conversations are not being had that will benefit all involved. Leaders need to check themselves and truly be open to learning more and be willing to be influenced and change views.

J did not believe her colleague was open to new ideas and therefore J did not try to influence him. She complained about him to others and disliked working with him.  She complained that he was not open. In fact, through coaching she became aware that she was not open herself. When she became curious and engaged in an open conversation with her colleague, he felt more understood and was less insistent that his way was the only way to proceed. In fact, J’s curiosity and openness to being influenced herself allowed her colleague to himself be curious and thus, both were influenced by the other. They implemented a new process and productivity soared.

The key is catching ourselves when we believe others are not open and start by honestly becoming open to new ideas. It helps to give yourself empathy, along with your colleague. Experiment with becoming open to changing and notice what happens as you are open to influence. 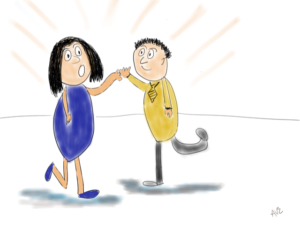 If you are like most organizations and leaders, you are experiencing disruption. You are experiencing pressure from within and outside your company. You are introducing new technology, you are facing greater competition, you have changes in leadership and focus. You worry about engagement and having the right talent.  You need people to think and behave in a different way to achieve challenging goals. Sometimes it is a matter of life or death for the future of the enterprise.

For example, an organization we worked with experienced a merger where very different cultures joined. There were conflicts among leaders about where to spend resources and devote energy. There were different perceptions about what was needed with different demands from senior leadership and the external clients. The misalignment and conflicts were felt throughout the system.

We spoke with the leaders to understand their perspectives and brought them together for open-minded dialogue. They needed to align as a leadership team and organization to make a real difference for clients and to survive in the increasingly pressured marketplace.

First, the leadership team needed to build trust. This was not easy. However, once the different perspectives were shared and each identified what they needed to feel respected they found common ground and that they could see themselves as the team to succeed.

They created a shared vision and aligned around where they would focus energy.

They found synergies when they stopped fighting one another. They agreed on their roles and responsibilities and developed processes such as cadences for how they would communicate with each other and the organization.

There is great power in bringing a leadership team together for dialogue. Open-minded conversations are essential for transformation. No matter how compelling the need for change, it requires real understanding and agreement on how to co-create a future together. Too much energy is wasted when there is talking at one another or polite talk.  There needs to be genuine understanding, alignment and agreements. Of course, the conversations need to continue among the leadership team and throughout the system.

In this program, we will hear your challenges, offer insights and share a powerful coaching model we use to support leaders and others in creating, launching and sustaining transformation in their organizations. We will also answer questions about our upcoming half-day, live, in-person seminar program September 24th in Chicago on supporting leaders in creating, launching, and managing culture change. 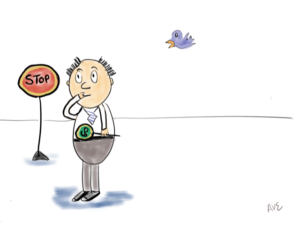 “I don’t know what direction to pursue.” “Should I change jobs or start a business or stay with my current role?” “Should we have a baby?” “Should I apply?” “Should I say yes?” Often coaching clients are stressed over important decisions and even less important ones. We have so many choices and each has consequences.  When we say yes to one road we are losing out on the other. Sometimes we do have to make a choice rather than try to do it all.

We can write a list of pros and cons for each choice and even then the ideal solution is not apparent. Sometimes we are trying to make a decision using our analytical skills without listening to what our body is revealing.

We each have a set of unique values of what is important to us. When we are honoring these values we generally feel at ease and choices are smoother.  For example, a client was deciding if he should take a job offer. We reviewed what was most important to him. These included time with family, a challenge, financial security and critically important was space for creativity to address big issues without being second-guessed. When he has this freedom, he feels most respected, alive and on top of his game. He immediately felt assured in his choice after visiting how the options satisfied his values. He knew not just intellectually, but he felt his body relax and felt at ease with his decision.  Before checking-in he was not comfortable with the choices.

Sometimes we need a longer time to listen to our body and get a “felt-sense” of what course we will choose. A client was questioning whether to have a child. The challenge was that each time she thought of having a child, she immediately thought of reasons not to.  In this case, I asked her to experiment with imagining having a child for a week and notice her reactions and then she spent a week imagining not having a baby. She became aware of concerns and also excitement about the possibilities. Sometimes we need to give ourselves permission to try on different options and pay attention to what we notice or sense. She eventually decided to have a child and most importantly, her head/analytical and body and intuition were congruent with the decision.

Trust the clues your body is giving you when you have reservations about a decision and then respectfully listen and learn. You may practice this more easily for simple decisions like what to order in a restaurant. You can build the muscle of listening to make embodied decisions.

Having the intention and practicing to listen within is a key competency of emotional intelligence.  Make it your intention to pause and check-in with yourself. What do you sense?

“Knowing yourself is the beginning of all wisdom.”—Aristotle 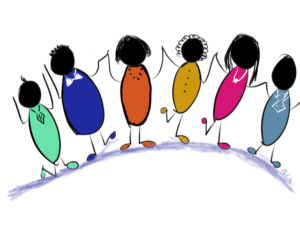