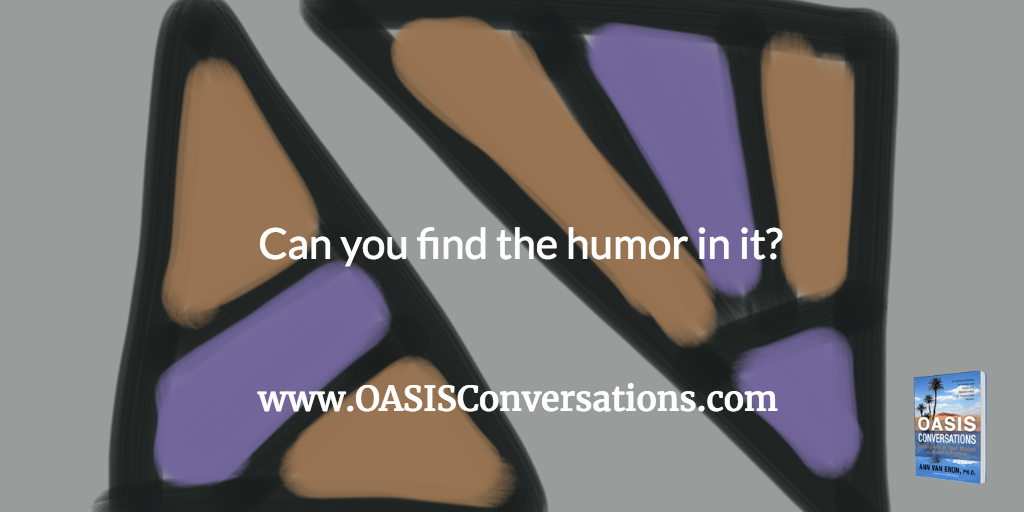 “I think the next best thing to solving a problem is finding some humor in it.”— Frank A. Clark

A client told me how angry he was with his long-time business partner. “How can he be so stupid?”  The partners were disagreeing again about something they heard in the news. One assured the other that President Obama did not wire-tap the Trump Tower in New York. The other partner as vehemently stated that it was true. Neither actually knew the truth at the time. Both felt agitated by the news and were confident that they were “right.”

The challenge for these long-time business partners is that because they began to assert their view and consider the other wrong and unintelligent, they began to experience their trust disintegrating.  My client was stressed and talked to me and others about his incredulity. Their disagreement drained their energy. What’s more, they also began to see division in their organization, as staff members began to take sides. A lot of energy was wasted around this simple disagreement.

What could they do?  I empathized with my client and supported him in cooling down. He did not want the political divide and polarization taking place in Washington to hurt his business and his stress level and health. While he felt that he was “right” on this issue and many related issues, he practiced breathing and recalling that his partner did indeed have many positive characteristics.  Even more important, he valued their relationship. He appreciated our discussion about how our background experiences color our perception and have each person paying attention to different data. As a result, everyone comes to a slightly different (or vastly different) conclusion.  My client wanted to remain open to his partner. He remembered to “assume positive intent.” We concluded that using humor would be a viable option. He agreed that he wanted “success” with his partner more than being “right”.

So my client began to look at the humor of the situation. Here they were arguing over things that were out of their circle of influence.  Isn’t it amazing how people can see things so differently? My client was able to perceive future differences with a lighter attitude and was not so committed to being “right”. He imagined a dog letting go of a coveted bone. He joked about how his old problem of being “right” was emerging, like his old knee injury from high-school sports. Most importantly, my client laughed at himself for becoming so committed to being right when it really didn’t matter that much to him.

I also encouraged my client to recall what he liked about his business partner and longtime colleague.  He was able to identify many strengths including his ability to attract clients and manage staff and he was fun to be with (most of the time).

Look for ways you can be open-minded when you face a colleague with a different view. See the humor in your polarization and laugh first at yourself for your desire to be “right” and the costs associated.  It is useful to look at the bigger picture and the common ground. In this case, my client and his partner both wanted their business to succeed as well as their friendship.

Let me know how it goes for you. Contact us at www.Potentials.com.