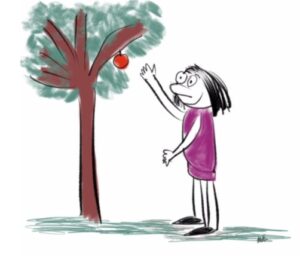 Daily I hear stories from family members, colleagues, and clients about misunderstandings, miscommunications, and the challenges of working and living with others. It is so easy to feel wronged by others and to make judgments. In fact, we naturally judge others as a way to protect our self-identities.

I recently gave a talk and a member of the audience challenged what I was saying in a judgmental tone.  My immediate internal reaction was to be defensive and close to the person.  Rather than argue or be defensive, I was able to notice my closing and stop, step back and cool down with a breath, and I was able to shift to curiosity. I became open to listening. I trusted that I would learn something and reminded myself to not be defensive. It helps to recall that each person is coming from a different background with a different understanding of words and with different needs.

By being open, I learned that some of my definitions could be made clearer, and I trust my next talk will be better for the interaction.

When the person began arguing with my premise, her view and energy became contagious and others started questioning things. When I became open and curious the atmosphere changed, and we had a real and meaningful conversation.

At the end of the meeting, a participant remarked that they noticed that I had demonstrated being open by not being defensive. Ironically, my talk was on the power of being open. My demonstration was more important than my definition. The atmosphere shifted, and the whole group acknowledged that the conversation was rich and rewarding for them.

We can each make it a practice of catching ourselves when we naturally close and after cooling down a bit, shift to being open. Notice the impact on yourself and others.